Becoming a father – a decade of research

“Will I be a good parent? Will I bond with my baby? How will I know what to do?”

These are questions new fathers and mothers often ask themselves. But the mother, at least, often has some confidence that she is biologically prepared, even if not mentally or emotionally! Fathers do not have such obvious physical assurances.

However, scientists now believe that both men and women undergo hormonal and brain changes in transition to parenthood. In fact, it may be that being a father is as biological a phenomenon as being a mother.

A dip in macho testosterone

Testosterone, the male hormone responsible for male foetal development and puberty, plays a part in motivating men to find female partners. However, that attribute is unhelpful in parenthood, when a man should be concentrating on his family and the new arrival.

Consequently, testosterone levels seem to dip just before or just after a father’s first child is born. This has been proven in many clinical studies. A 2011 study of 624 men found that 465 men who became fathers experienced a more significant drop in testosterone. This compared to those who remained childless.

It isn’t clear exactly what prompts this drop. But the results suggest that the more dramatic the drop, the bigger effect on a man’s caregiving behaviour. One of the lead researchers noted, “Some new fathers had lower testosterone the day after their babies were born. These fathers did more caregiving and baby-related household tasks months later.”

Indeed, some studies suggest that lower testosterone may facilitate the release of key reward and bonding hormones in the brain. These hormones, oxytocin and dopamine, aid interaction with children. This can be described as a neurochemical reward for the new father, inducing feelings of happiness, contentment and warmth.

The data is more limited, but it also appears that male brains change at the point of fatherhood. These structural changes seem to ensure that fathers exhibit the key skills of parenting.

In 2014, Dr. Pilyoung Kim, a developmental neuroscientist and researcher at The University of Denver, USA conducted a study. He examined 16 new father’s brains with an MRI scanner. He found brain changes that were the same as those seen in new mothers. The areas of the brain that grew more grey and white matter were associated with:

Dr. Kim suggests, “Learning how to emotionally bond with their own infants maybe an important part of becoming a father. The anatomical changes in the brain may support fathers’ gradual learning experience over many months.”

Researchers have also found that structural changes in the brain facilitate learning to be a parent and bonding. Different areas light up for mothers as compared to fathers. Brain mapping shows how the regions differ:

This may provide an insight into why children’s interactions with parents is delineated. Such as why children run to mummy for a comfort hug and to daddy to play rough and tumble games.

When children interact positively with parents, they get a neurochemical reward that mirrors the reward their parents get. The theory goes that this is why we see repeated parent-child interactions that are different for each parent.

Dr. Anna Machin, Anthropologist, University of Oxford, is the author of ‘The Life of Dad: The Making of the Modern Father.’ Dr. Machin says there are still many questions to answer in the relatively new field of the biology of fatherhood. However, men should be assured that they have a biological basis to parenthood.

Dr. Machin said, “After 10 years of study, we need to replicate our findings on larger and more diverse groups. But if I get the chance, I tell new fathers that evolution has primed them to parent just as it has primed women. Biology has their back.” 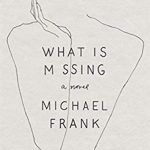 Book reviewNews
We use cookies to ensure that we give you the best experience on our website. If you continue to use this site we will assume that you are happy with it.Ok